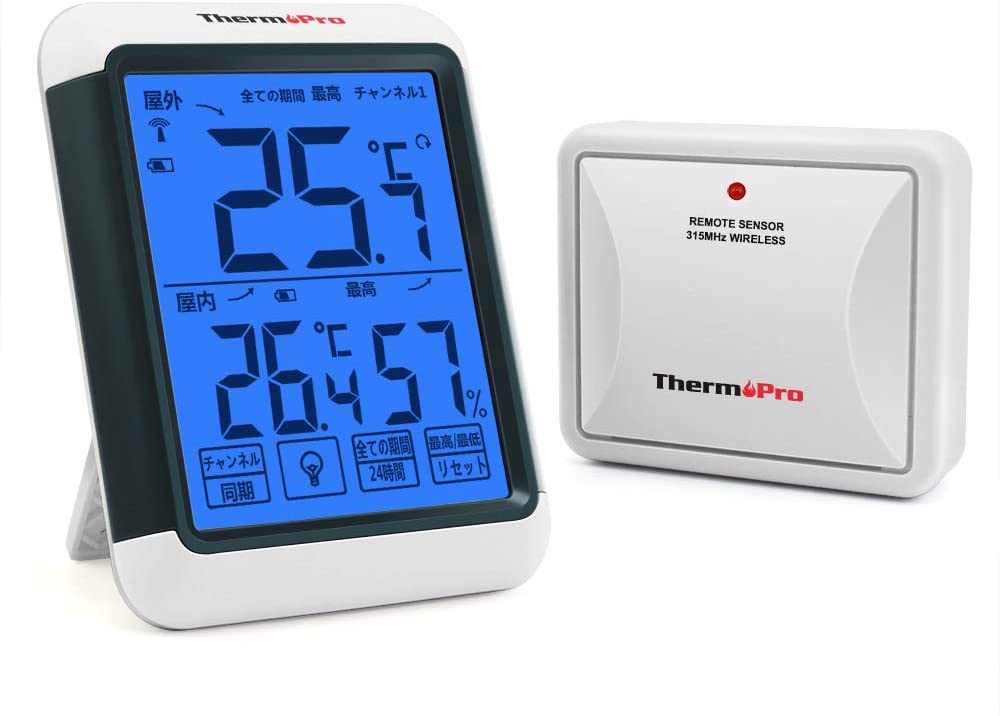 Keeping track of humidity and moisture in your home is a must. Low humidity levels can potentially cause damage to your furniture and leave you dealing with thousands of dollars of loss. However, a hygrometer is a simple investment that can help you avoid a world of trouble and save plenty of money. In case you do not know, a hygrometer is a weather gadget that is used to monitor the level of humidity. You can use it in your homes, office, or even outdoors.

While purchasing a hygrometer, you will come across a variety of options. In fact, the chances are that you may have also been hearing about Thermopro TP65 that has been rising in popularity. If you’re wondering if it’s worth the money, then do not worry as we’re going to provide a detailed insight into it. Thus, let’s uncover all your questions about the TP65 hygrometer and see if it’s worth the investment.

In terms of appearance, the TP65 looks pretty good and has a black and grey metallic body. There’s also a stand behind the hygrometer to conveniently place it anywhere you want. The overall weight of TP65 is less than 10 ounces and also has a medium screen size so it wouldn’t be difficult for you to carry it in your pocket.

And if we speak about durability, although there’s some room for improvement, but it can still do a decent job of holding up.

TP65 comes with 4 inches backlit LED with a bright blue display. The display of some hygrometers can be difficult to read under dim light. However, such is not the case for this one. It provides quite a bit of flexibility when it comes to changing the brightness levels making it much easier for you to keep a track of the temperature and measure humidity levels.

A major advantage of the touchscreen display of TP65 is that you can conveniently change its settings without having to unmount it. This hygrometer records both the lowest and highest temperature and humidity levels in the last 24 hours. So at any time of the day, you can access that information.

Apart from that, the information on the screen is also large enough that you wouldn’t have difficulty reading it. In fact, the readings can be seen from far away, which we think was a pretty good decision. Some hygrometers on the other hand, often have small digits which can be straining for the eyes to read.

One of the most important components of a hygrometer is its sensors. After all, you’re purchasing it to monitor the humidity levels. If the sensors are of low or average quality, then you wouldn’t get accurate results.

Fortunately, the sensors used in TP65 provide as accurate readings as possible. In fact, there are multiple settings that you can apply and use it according to your preferences. There are both indoors and outdoors modes that you could choose depending on your needs.

Speaking of batteries, if you are using TP65 under extreme weather conditions, then it is suggested to invest on high-quality chargeable batteries, otherwise, it may not function properly.

If you are in a place with dim or no light, then this hygrometer also has an ultra-bright backlight. This was a major problem with many hygrometers that it was difficult to read them in low or no light. However, that is not the case for TP65.

The backlight can especially be useful if you’re trying to check the temperature or humidity readings during the night. You wouldn’t have to use a torch or any other flashlight to check them. In addition, to preserve the battery the backlight also automatically switches off after 15 seconds of inactivity.

After going through all its important specifications, it does not come as a surprise that TP65 is a great addition to the list of hygrometers in the market. It has a plethora of useable features. Moreover, the best part is that Thermopro hasn’t made things overly complicated. A large number of hygrometers in the market would show anything except for what they’re supposed to on the main screen. However, the same doesn’t apply to TP65.

The UI is quite simple, and you will have your temperature and humidity readings right at the front. The backlight is quite useable and when you are in an ultimate camper environment, it will really come in handy. Moreover, the touchscreen makes it much easier for you to access its settings and you can also conveniently mount it on a metal wall due to its magnet back.

With that said, some users have faced difficulties and claim that after a few months it doesn’t work as well. While for others, it has been working perfectly. So luck might also be a factor, but then again, that applies to almost all the electronic devices out there.

In a nutshell, if you were wondering whether TP65 is worth investing your money in, then it certainly is! It offers all the features that a good hygrometer should have. Moreover, it is also budget-friendly and provides great value for its price.